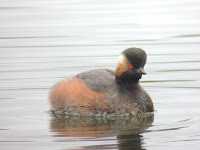 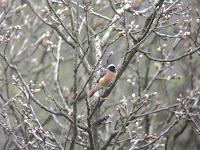 Things have been a bit on the tricky side regarding birding but this weekend I rectified that. Saturdays plan to travel further afield with Bill were put on hold with the weather as forecast. I was at Tittersworth just after first light not much had changed since my last visit except less water so after a quick half an hour I headed to the moors in search of a lucky Dotterel. I didnt come in contact with a Dotty but a Male Hen Harrier made my morning before it had really began. Before meeting bill I dropped down to the Churnet in the hope of Pied Flycatcher but the only pied bird was a dipper hunting in the shallows. We tried a few more places for Dotterel with negative results but 2 Grey Partridges were most welcome and a mega in my book. Very little about the moors in general except the usual crew. Just before the rain came we dropped down the valley to keep out of the wind and perhaps a few more birds would show. Im sure there is still lots more summer visitors to arrive around  here other than the common warblers, Redstart was the highlight but at least we were sheltered.
Sunday was a family drag to Wesport for a cracking looking Black Necked Grebe that had turned up. Probably the most popular local bird of the weekend and you can see why.
Posted by Paul Shenton at 12:29