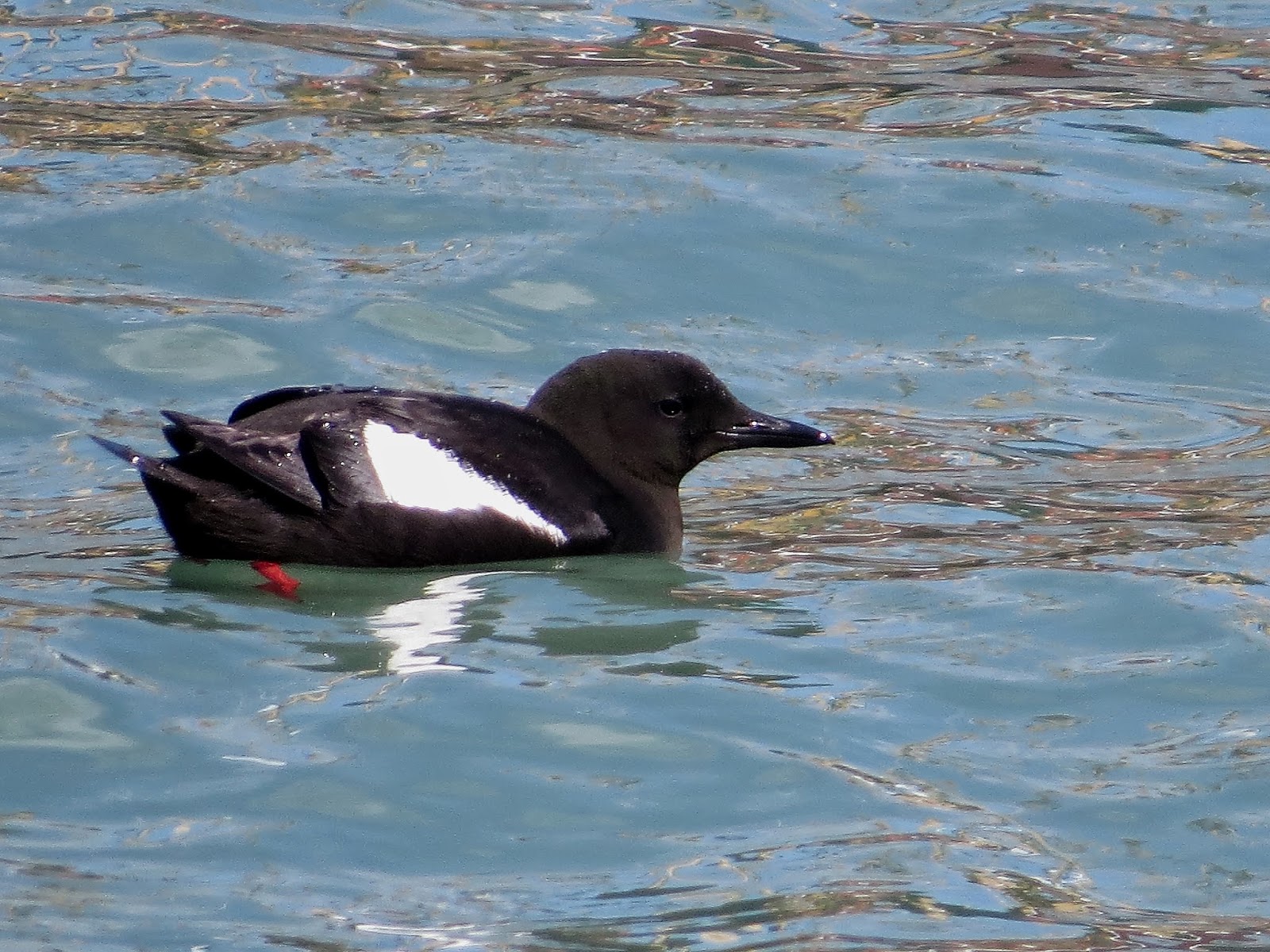 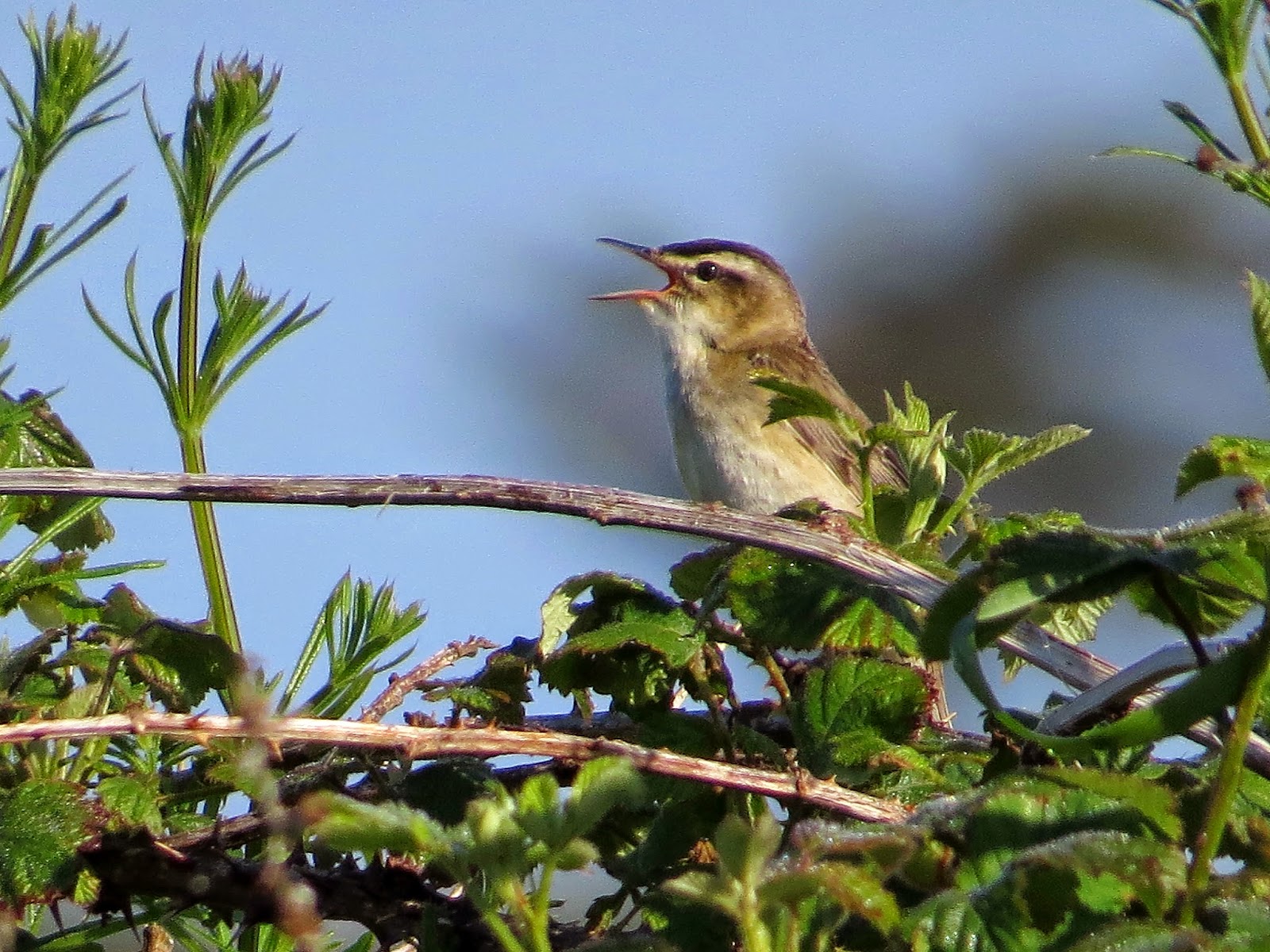 Today I have managed squeeze a bit of birding in whilst on a mini break with the family. A walk around the camp grounds got me Shoveler, Tufted Duck, Grey lags and Mallard. A few warbler are present by far the most numerous is the Sedge Warblers closely followed by Whitethroats. Around a small patch of reeds a Reed Warbler was in fine voice. Other birds around the site are Stonechat, Skylark, Lapwing, Oystercatcher, Buzzard & Sparrow Hawk. I called into the fish dock to see if any Black Guillemot were around. There was but only one the rest were probably the other side. I planned to go South Stack but on arriving the amount of folk about meant a quick turn around and a few hours on the beach with the kids instead. Hopefully I will try again in the next couple of days
Posted by Paul Shenton at 14:14