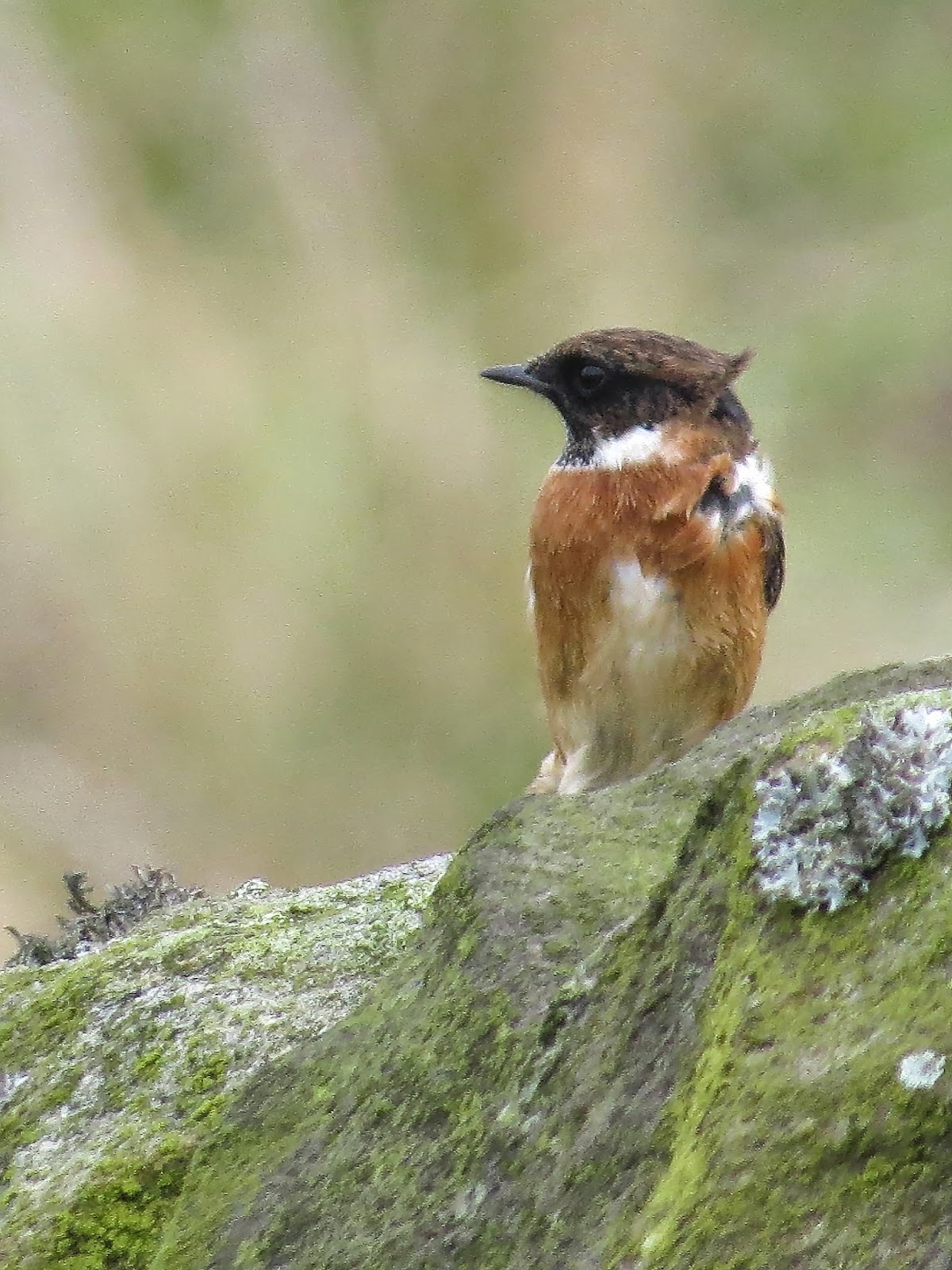 At first light I was at Gun Hill hoping for a repeat performance of my last visit. A strong wind was noticeable whilst up there and also noticeable was the lack of bird life. I spooked a snipe and 14 Reed Bunting  where along the path. A few Meadow Pipits, Common Tits, Wrens and a Bullfinch were all I could muster. Tittesworth was just about as bad as it gets so I shot up the Moors for an hour. A small party of Stonechats were near the Roaches as was a Red Grouse. Birds of prey consisted of just Buzzard and Kestrel. A few Ravens were dotted around the west moors and that wrapped up the mornings birding before work.
Posted by Paul Shenton at 10:29