The original plan was to have another bash at a Staffordshire bird race but with the showing of a Mega in Somerset the plan was adjusted accordingly. I arrived at Riches at 6am then it was south bound. Parking up at Ham Wall we headed towards the Hudsonian Godwit. Within minutes it was mission accomplished. On the rarity stakes it was very impressive and very good views both grounded and in flight. There was some very respectable birds on show, more Great White Egrets than I've ever seen and plenty of Bitterns around. Gadwall Shoveler and Gargany were the better duck species. I thought Radipole held a lot of Chettis Warbler but the number around Ham were staggering. Plenty of firsts for the year to be had but always up there as one of my favourites is the Hobby.
After a fine day down south I needed something today bring my feet back to earth and Tittesworth did the job nothing other than the normal. 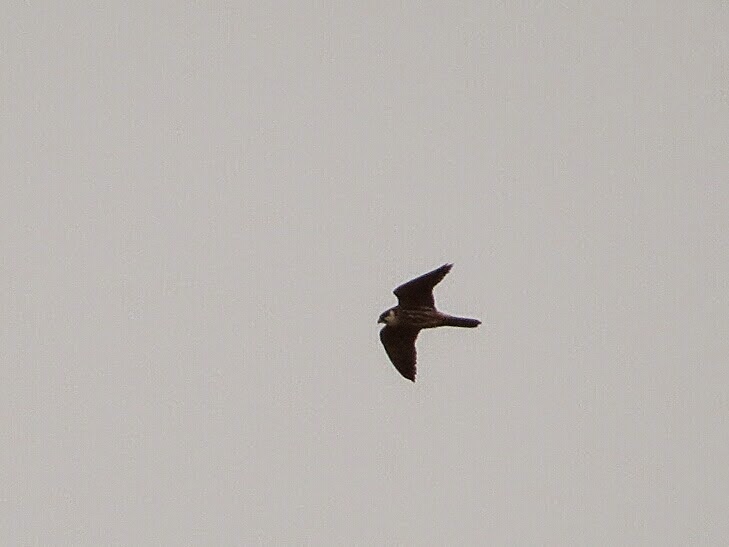