The latter half of the week I managed to twist Rich Powells arm into a trip to Spurn Saturday, it didn't take a lot of twisting as Staffs at the moment is far from a purple patch.
Arriving Spurn just after dawn we had a tip off from a couple of police officers there was a rare bird at the Gas works. Well it wouldn't hurt to try for what ever it was. A Blyths Reed Warbler was the bird  in question, unfortunately not seen again since the finders sighting. We did come in contact with a Yellow Browed Warbler so certainly not a wasted journey. A few Staffs lads about on the Yorkshire coast hoping for a few migrants had stuck around.

We never reached the point but managed cover most of the area from Sammys to the obs, It was quite obvious a lot of migrants had cleared out from the Friday but what was left wasn't half bad.  Beacon lane area and Pools better birds were Lesser White Throat, Arctic Skua, Brent Goose, Whinchat, Grey Plover and Red Throated Diver. Canal Area Little stint took centre stage and showed off its bling in all it glory. See Spurn obs for full details regarding the bling. Around the obs we got onto some common waders even though the small tide left large expanses of mud. Half an hour Sea watching got us Red Throated Diver, 8 Bonxies and plenty of Gannets. Walking back to the van we noticed a small group staring into a few bushes, A Yellow Browed had been seen we couldn't get on it but Rich managed pick out a Firecrest so it was lucky we stopped.

Sammy's area was very quiet a Juv Whitethroat stopped us in our tracks until it turned side on. A Whimbrel was feeding on the mud with the Curlews plus a few Little Egrets, that kind of wrapped up the day really. A very enjoyable day even with any numbers of Migrants 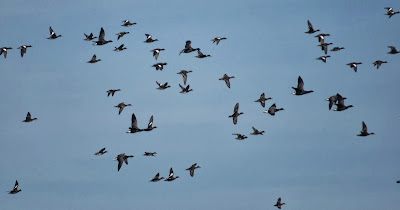