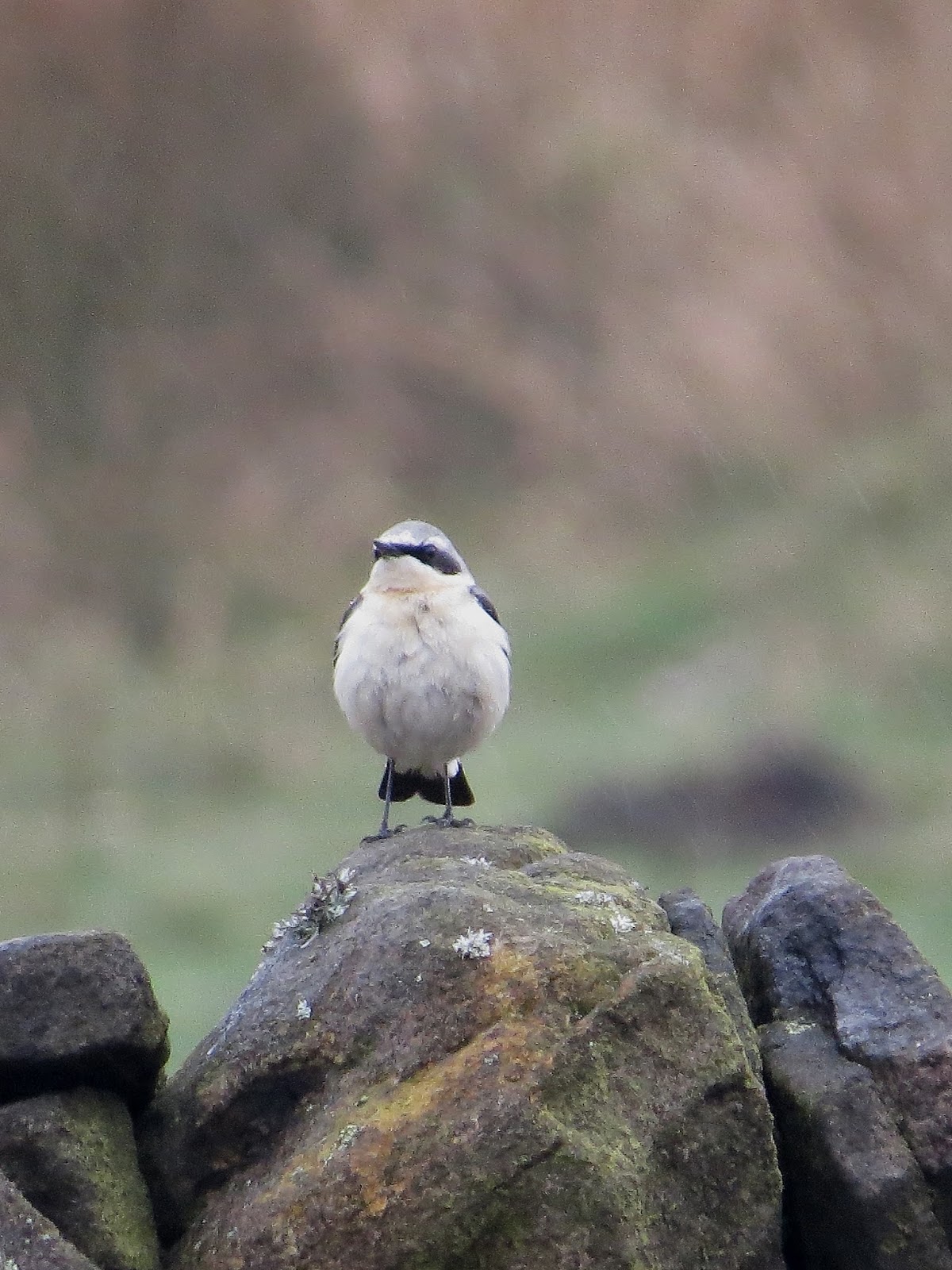 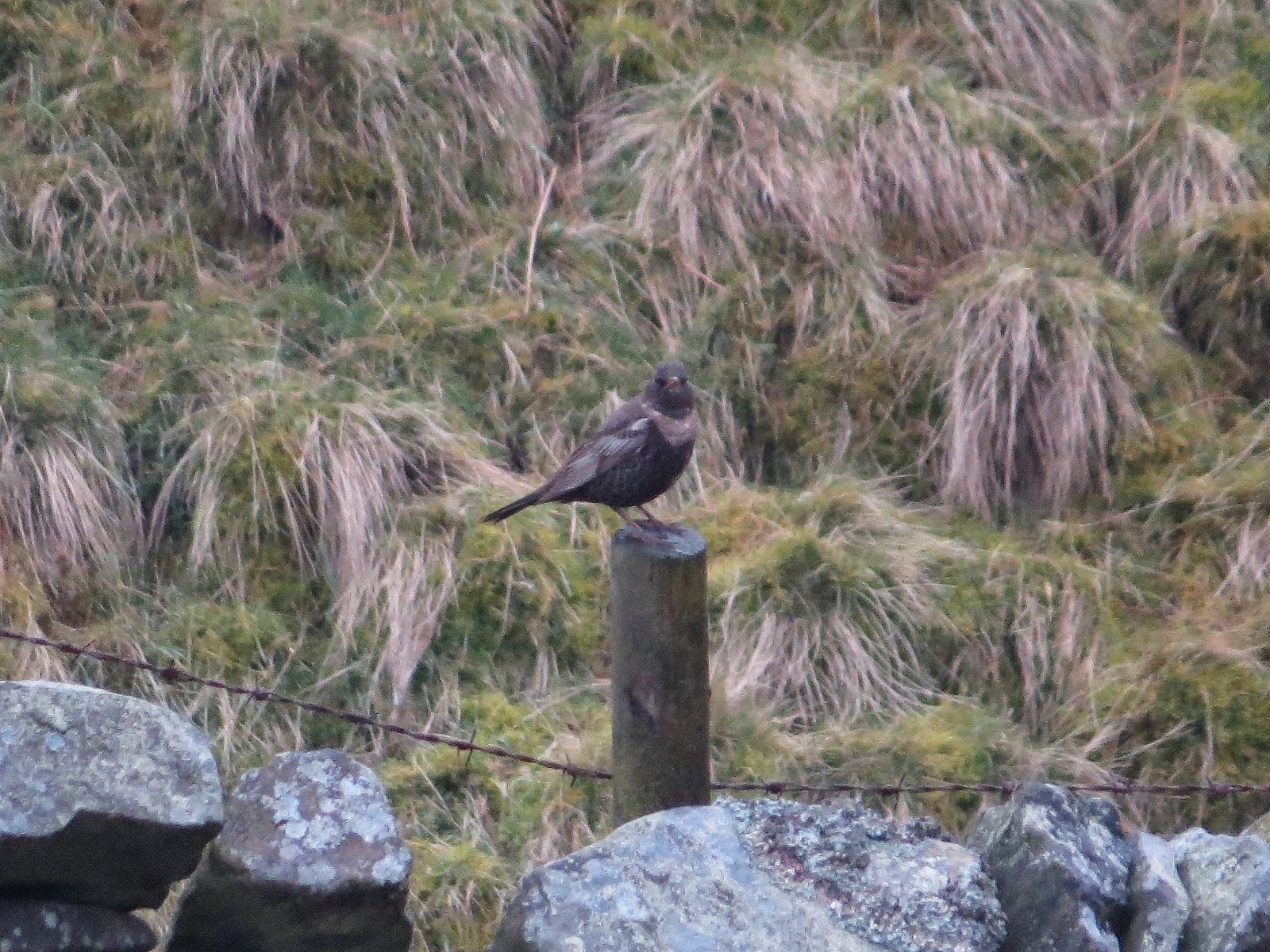 After last weekends Arctic Redpoll dip I decided head to the hills. A quick stop at Tittersworth to see if any Martins had turned up, they hadnt so it was straight up onto the moors.I spent the time
exploring the West side on foot and most enjoyable it was before the weather rolled in. I managed my first Wheatears of the of year and plenty of them as well. A Hen Harrier passed by but rather distant. Much closer were Ring Ouzels and most  Ouzels I have seen in Staffordshire with a conservative count of 8 in one spot, Six of them males.There seemed to be a lot of singing Snipe around too, the best count of six around Knotbury, singing  way then up they went and began drumming, a great sound up there. Good Numbers of  Lapwing and Curlew are back on there breeding grounds, Also around 30 Golden Plover raced around but looked much more unsettled than the previous waders.  Pipits numbers have increased since my last visit. Other notable birds were Raven, Skylark, Buzzard, Kestrel, Grey Heron, Redpoll and Red Grouse. The plan was to spend a few hours at Tittersworth but when I arrived a christian aid walk had begun so I left sharpish and headed home 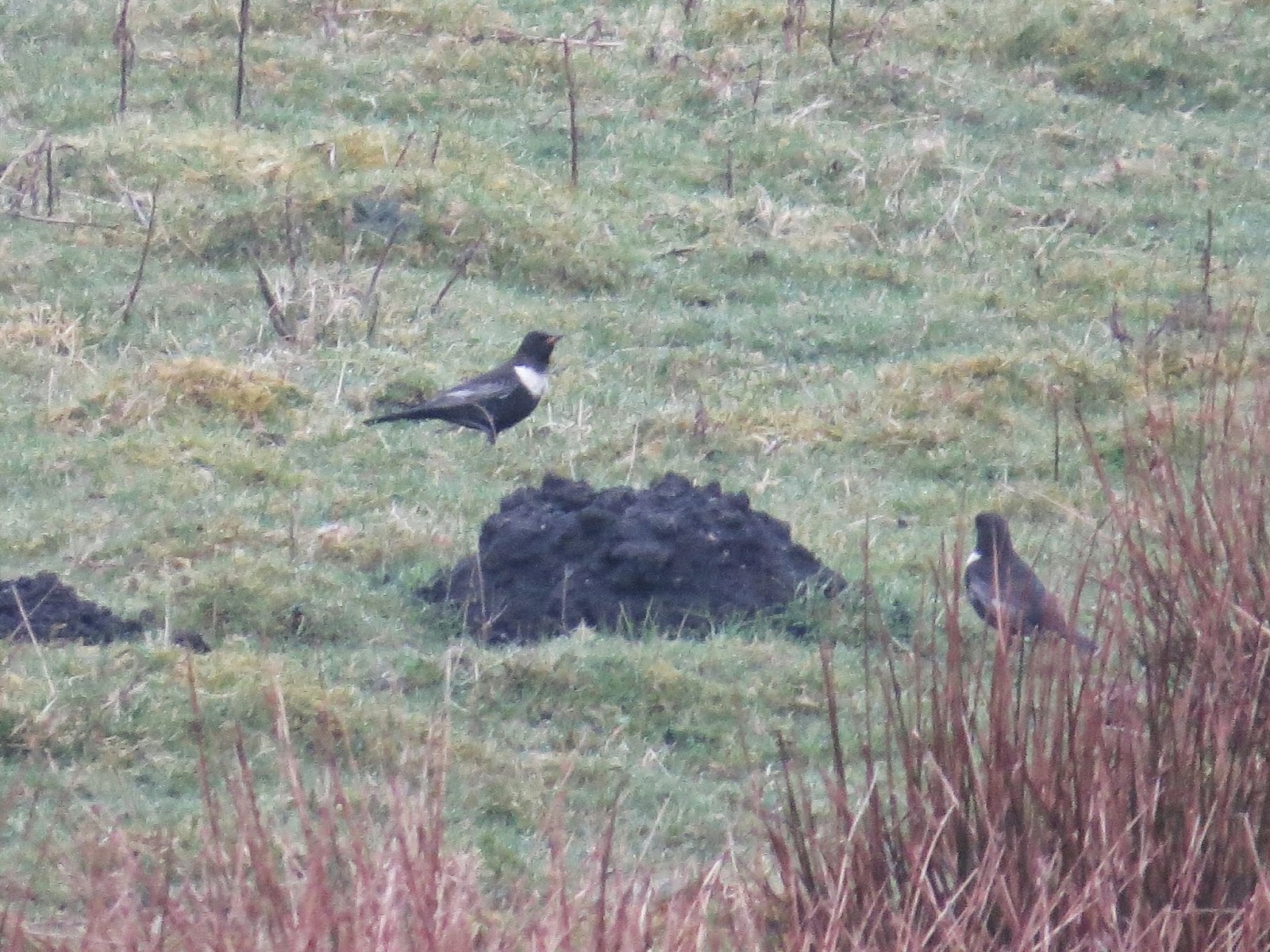