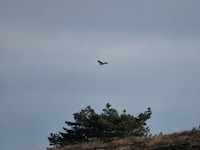 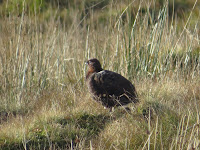 A bit of a lazy start this morning the heavy frost prevented me getting out of bed. I arrived at Titts about 11 with very little on show on first look. A few snipe and what I thought was a jack but was probably a bobbing common. 16 Common Gulls were amongst the black heads but this increased in the gull roost. Willow tits, Great Spots, Tree Creeper  and Nuthatches were with the numerous birds around the feeders. Duck seemed to be in short supply only Tufted, Pochard, Teal and Mallard. I spent quite some time up on the moors with not a lot to look at around East and west but hardy Red Grouse were out in some numbers. By far the best bird of the day was a male Hen Harrier which spent a few minutes around the Swallow moss area before heading Warslow way.
Posted by Paul Shenton at 12:24