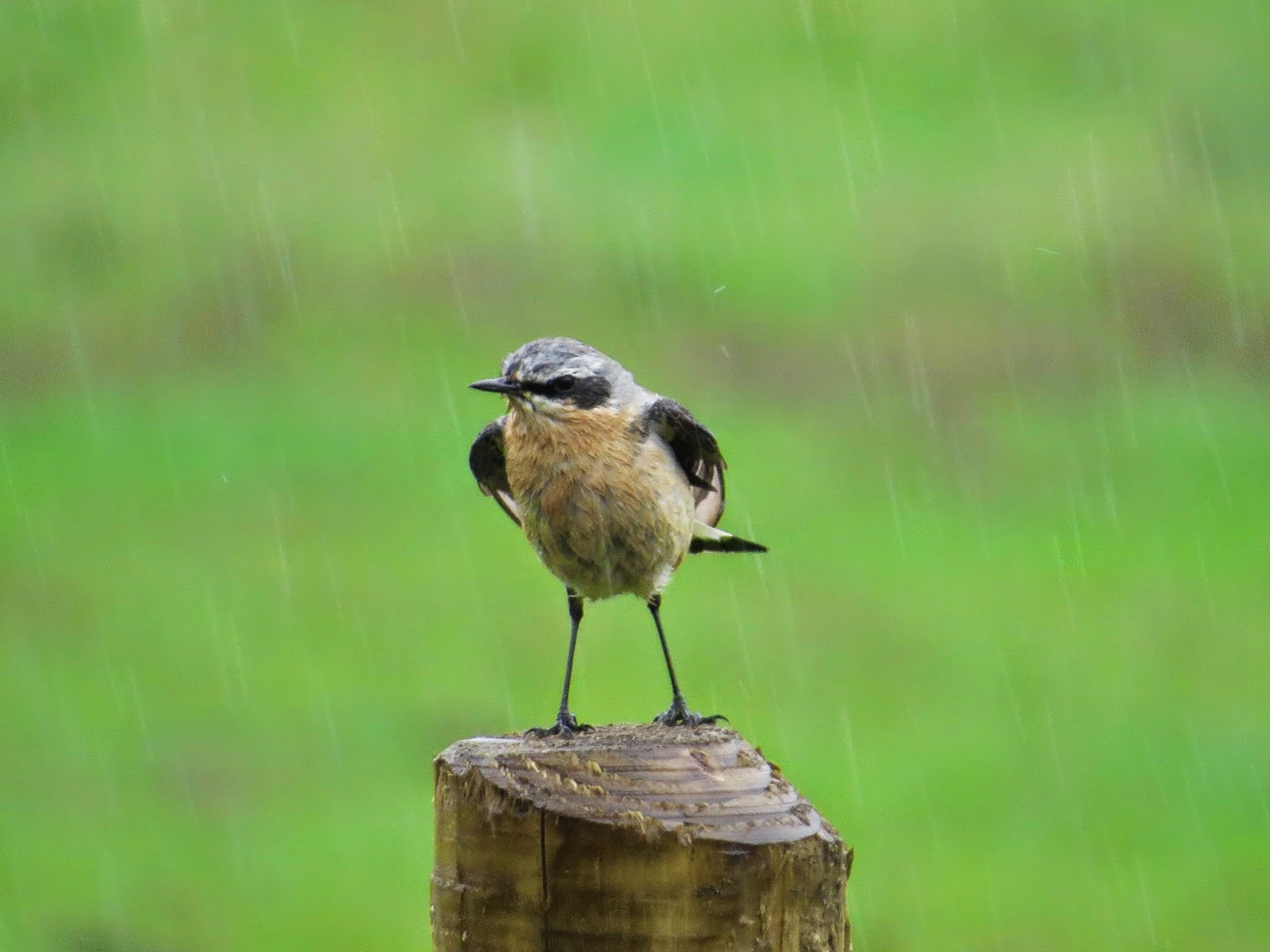 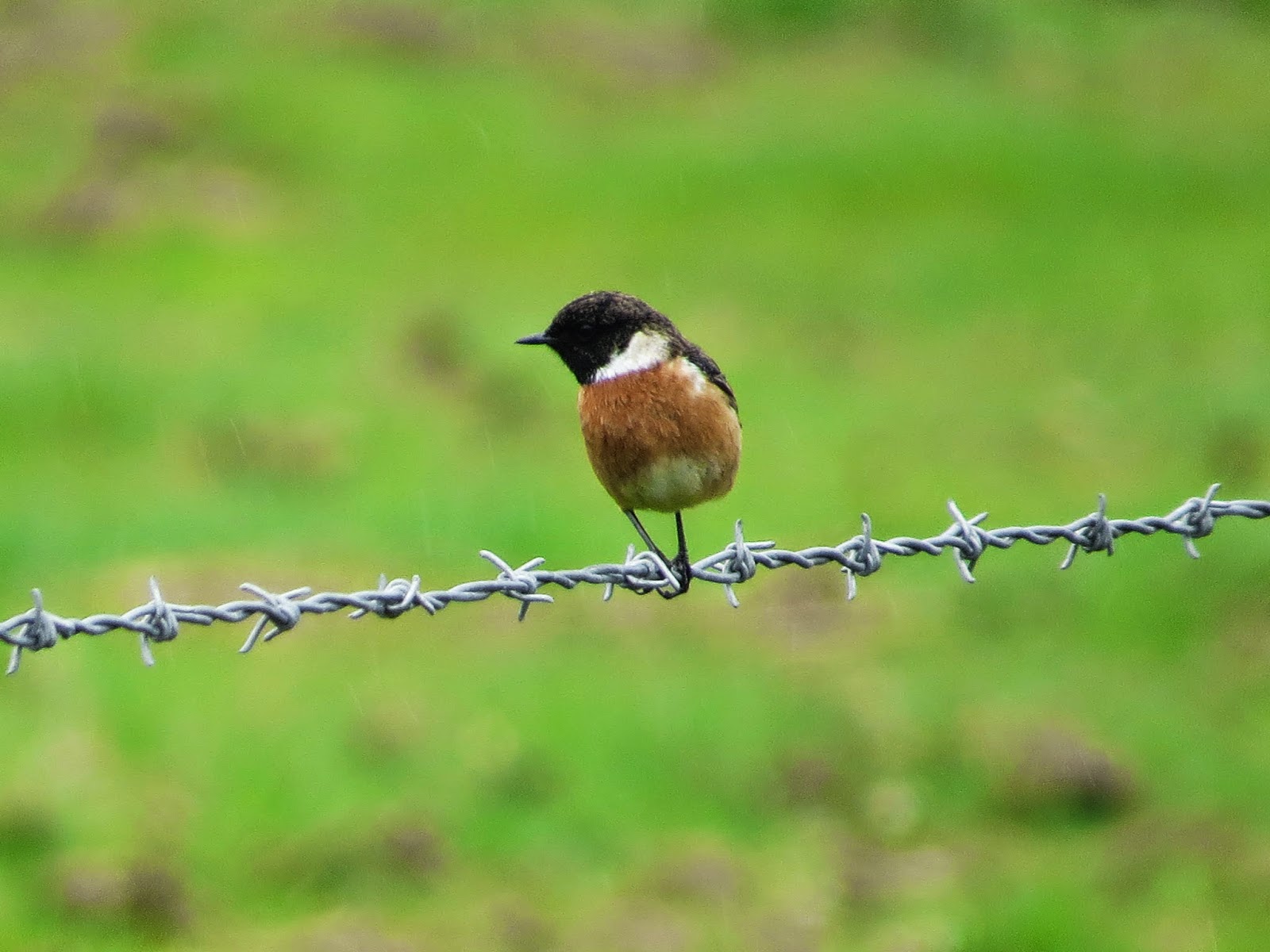 The weather took a turn for the worst so I decided on an hours birding. I pulled in at Gun Hill to watch the pair of Stonechats filling the beaks full of insects. I then nipped to Tittesworth to see if there was anything off the causeway. 2 LRPs and Common Sandpiper were firsts for the year as was House Martins with a good gathering of Swallows, Sand Martins were in the minority. There wasnt a lot at the Churnet and the rain came down pretty heavy, it was time head to Gun Hill again hoping a few birds may be pushed down. On arriving at least 7 Wheatears had dropped in, some of them looking worse for wear in the down pours. 2 Red grouse were hidden in the road side vegetation and a few Curlews took shelter in the same field Linnets Skylark and Mipits were in.
Posted by Paul Shenton at 06:52