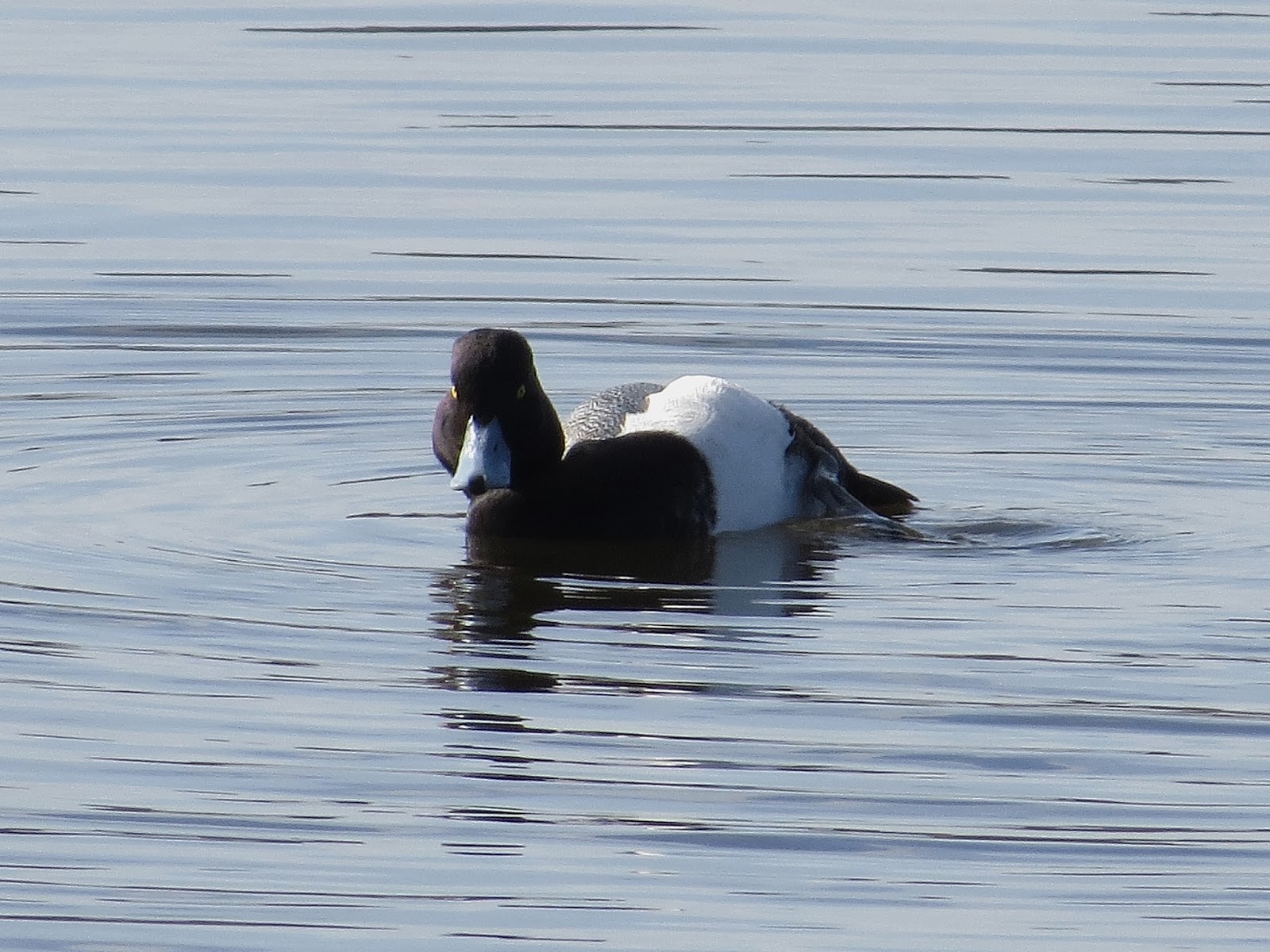 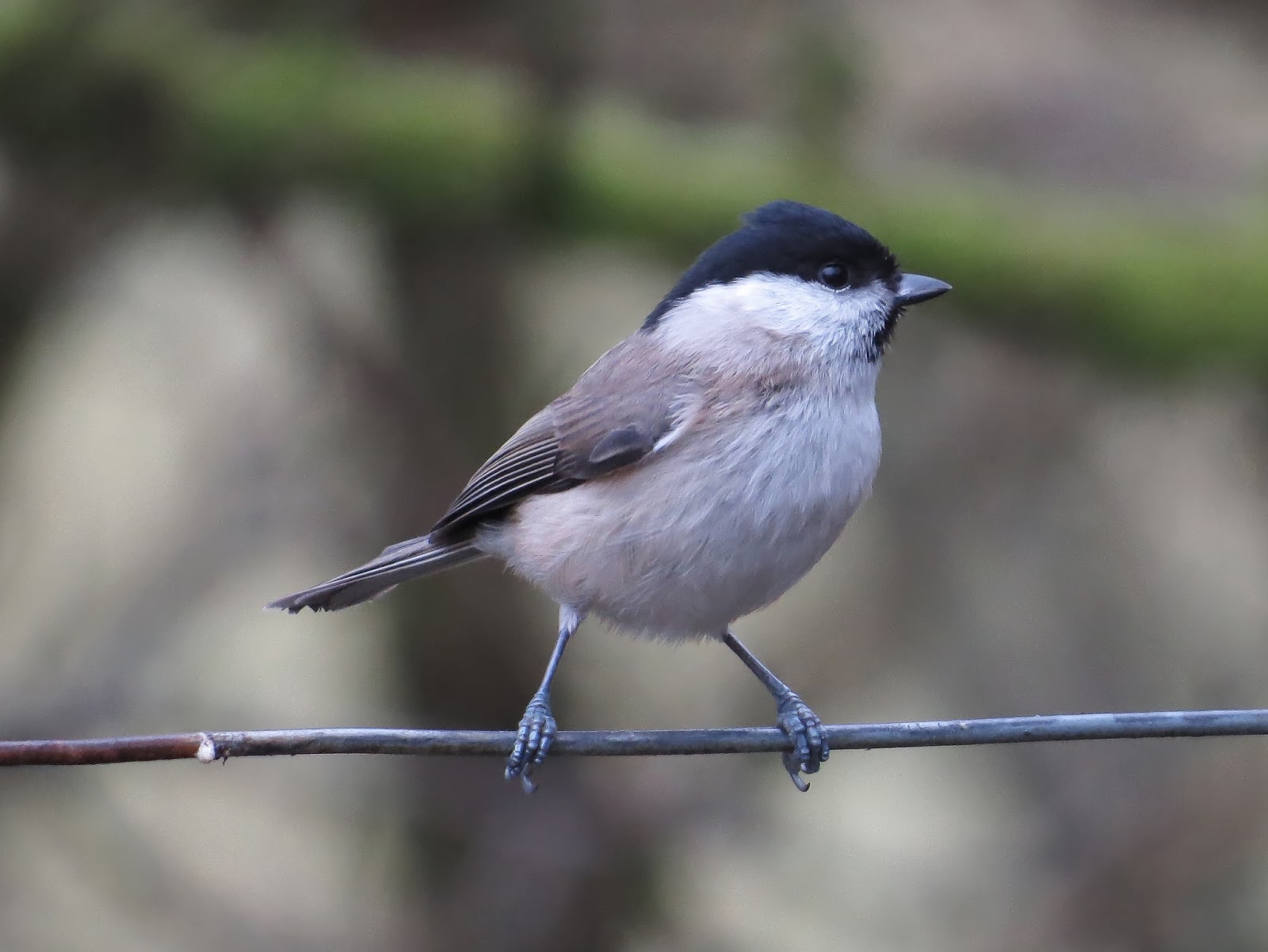 I managed a fleeting visit up the moors and Tittesworth during the week and a pretty full day Saturday. The Lesser Scaup showed well but lets hope it doesn't over stay its welcome and pair with a Tufty. Plenty of Curlew were in the fields behind the conservation pool waiting to disperse else where and 4 Oystercatcher toured the reservoir for most of the morning. Where anything will  nest this year is a mystery as there isn't any shoreline as yet. Sparrowhawk flew through and a couple of Buzzards displayed the far end of the main lake. 7 Goosander headed towards the dam where I imagine there's more present.
The moors were still covered in fog Saturday so I carried on through towards Manifold Valley for the Marsh Tits, there were plenty of other common birds accompanying the Marshes. The moors had cleared now so I spent most of the time on the east side. Both male and female Peregrines were at the known nest site but didnt stay long as the climbers clambered around. 221 Golden Plover were at the Flash which is a good number. A few Skylarks and Curlews were back on there breeding grounds and plenty of Lapwing around as well. Raptors were represented by Sparrow Hawk, Kestrel and Buzzard. A few small flocks of mipits also were back but not in any numbers as yet 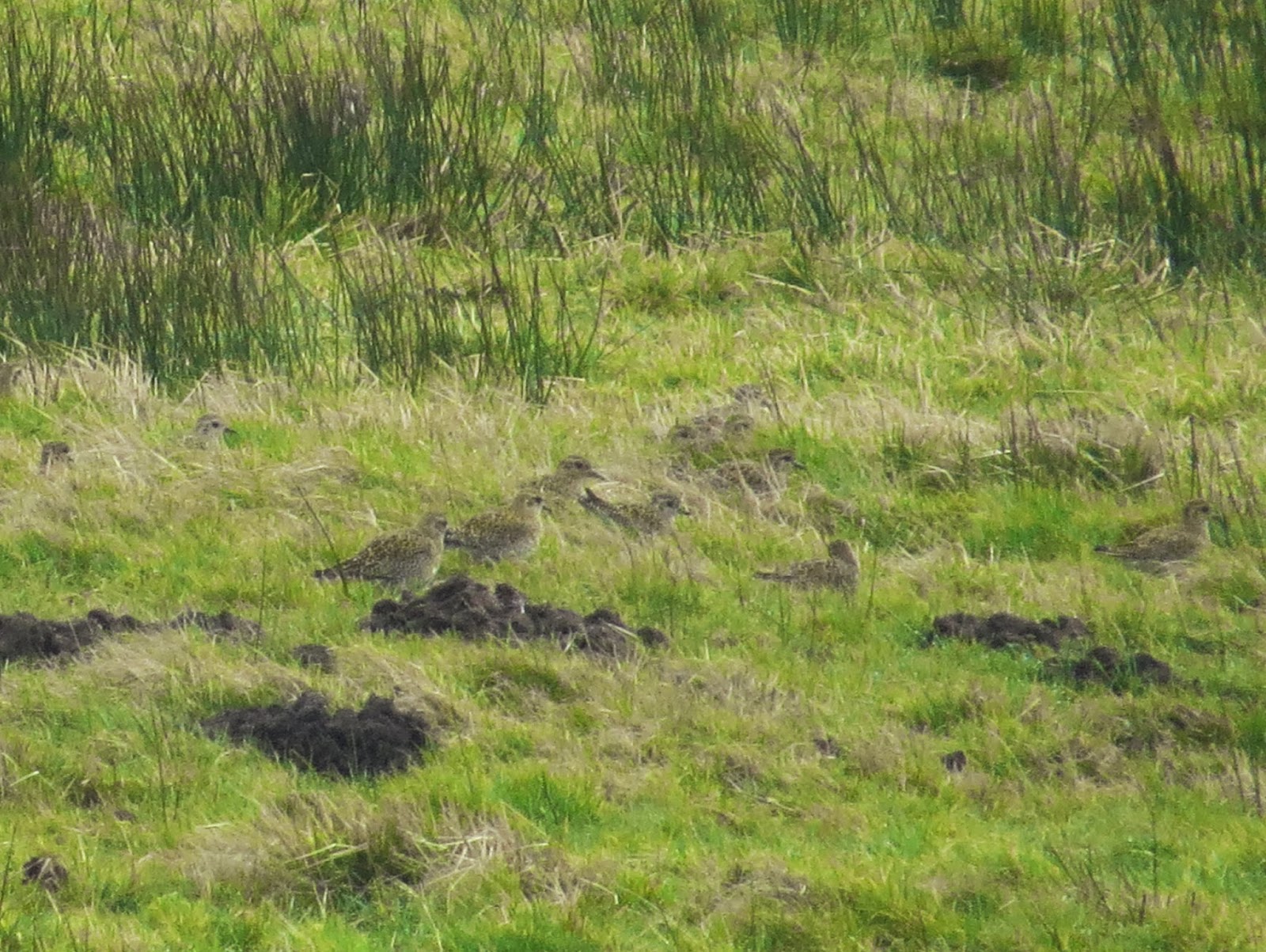