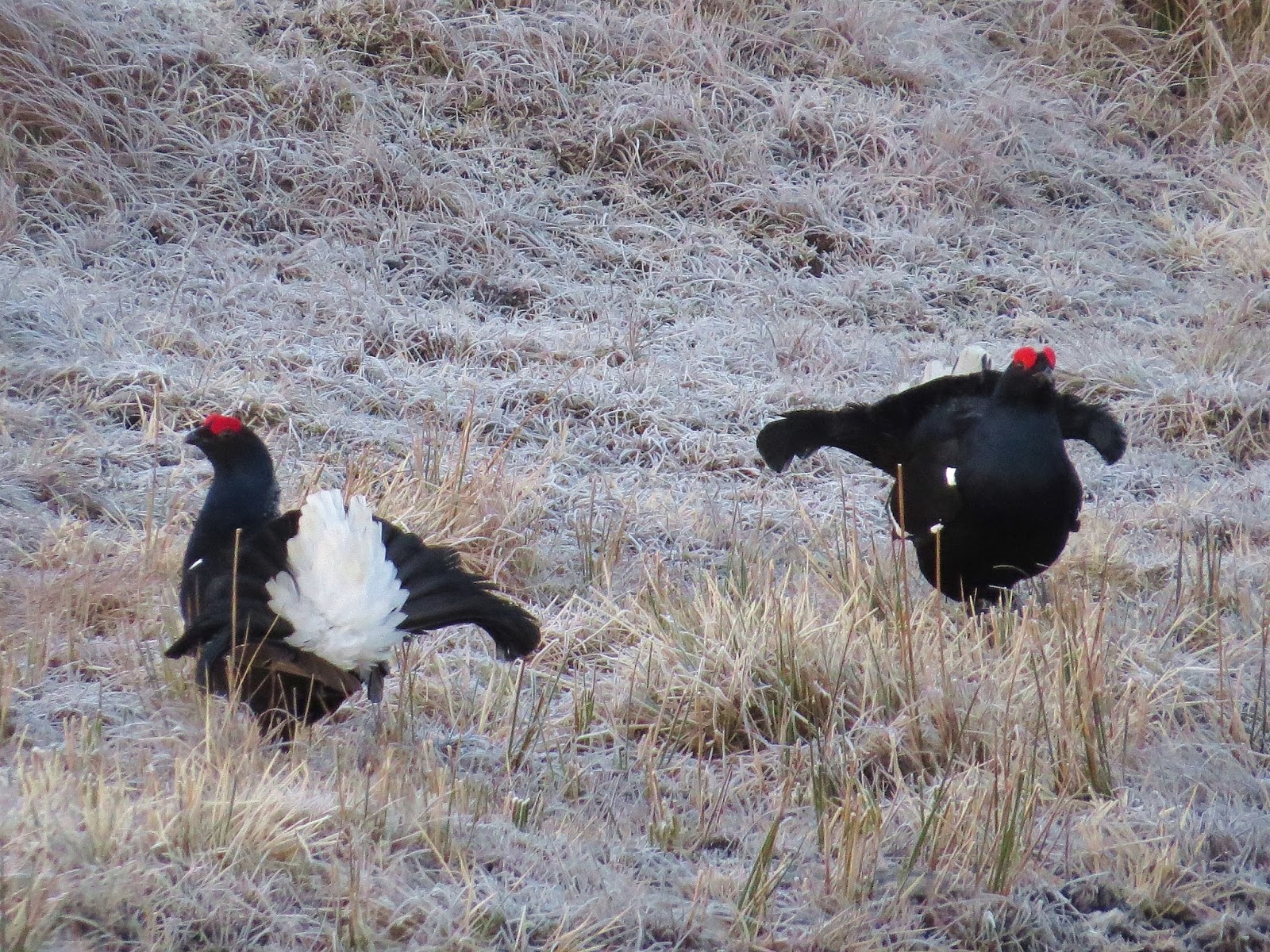 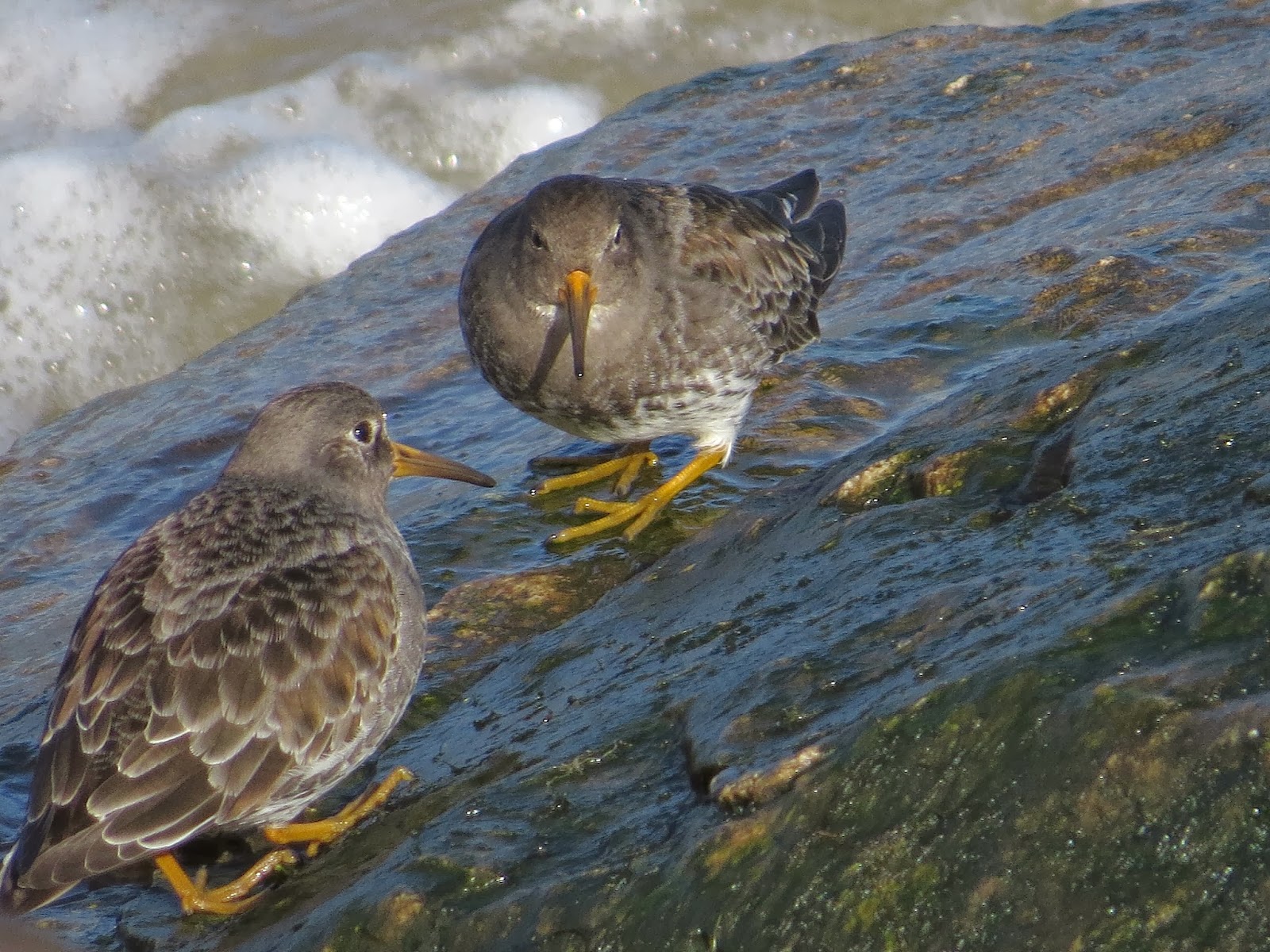 Myself and Rich Powell aka Rob headed into North Wales today for a change of scenery. Not long after dawn, we had arrived at Worlds End to be greeted with over 40 Black Grouse, some only yards away. Watching them lek on a bright frosty morning brings back memories of the Staffordshire ones. Hawfinches were next on the to do list but after arriving and nothing showing for 20 minutes we headed for Pensarn for the most wanted of the day. 5 Surf Scoters had been reported but even then nothing is certain with Surf Scoters. It looked daunting with tens of thousands of commons but Rich picked one out pretty quick, job done and enjoyed the rest of time watching Mergansers, Scoters and Red Throated Divers.
A short drive and a few seconds searching produced one of best looking waders in winter, 4 Purple Sandpipers were amongst a few Turnstone. The last destination was a place we both hadn't visited. Richmond Bank for the Gulls that seem to turn up there. After a bit of running around and walking we arrived at what we believed to be the spot but not many large gulls were present so no white wingers to admire. An enjoyable day in fine weather a most welcome change. 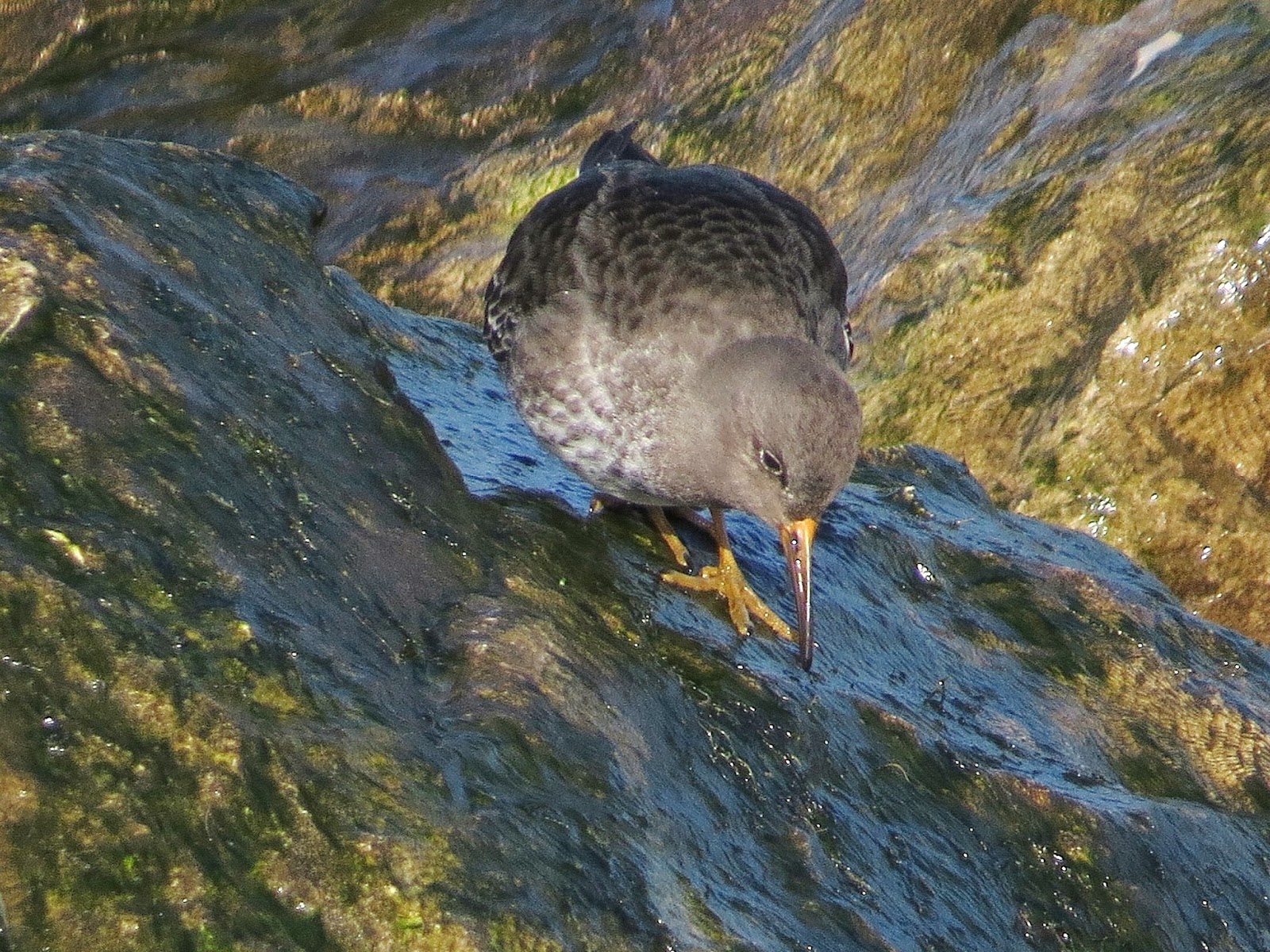 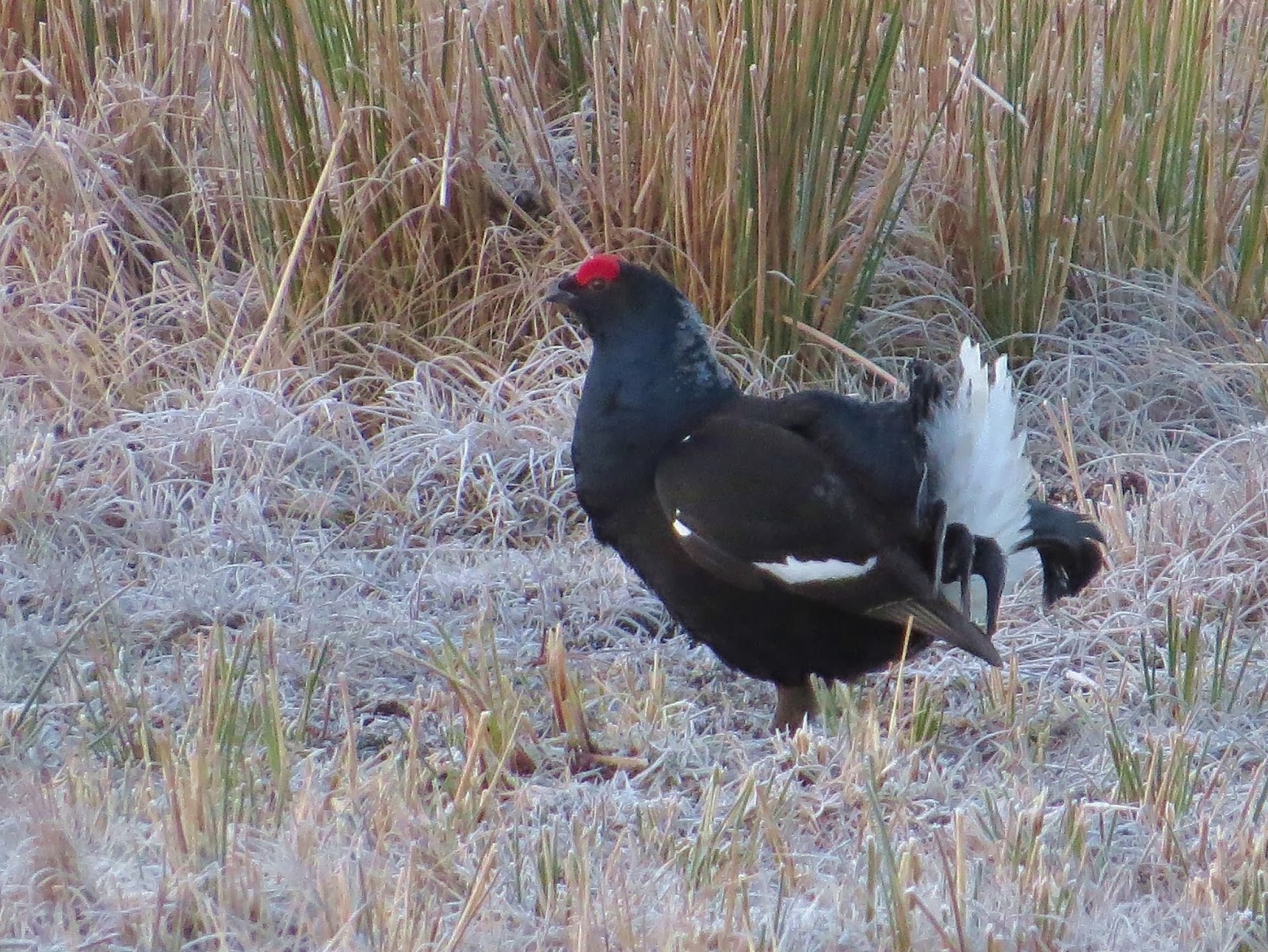